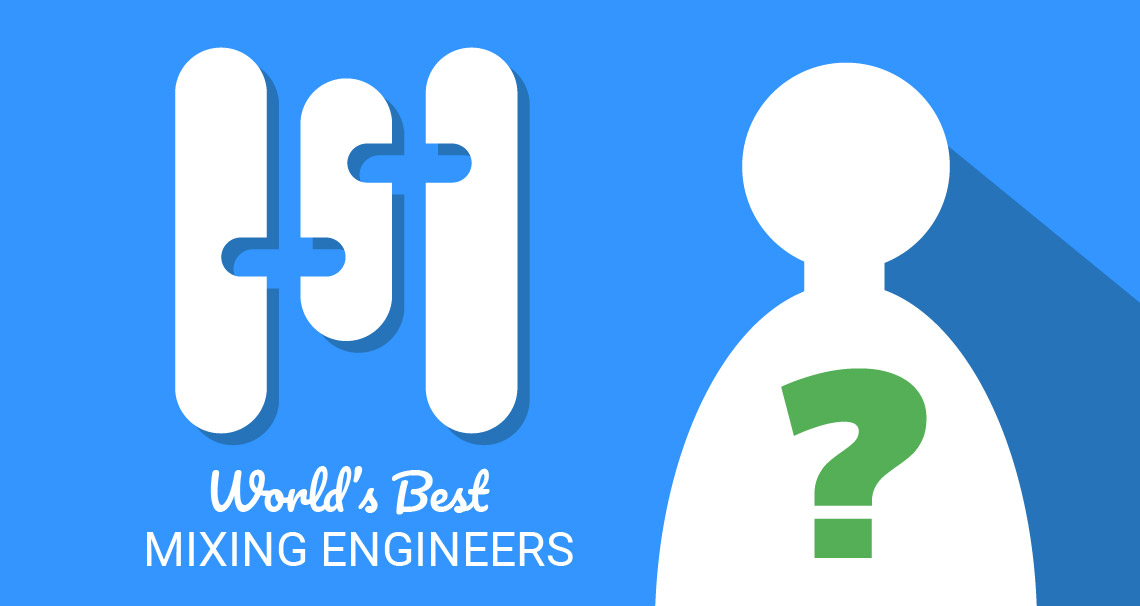 In the past, mixing was typically considered a more functional process of music recording. As the years have gone on, the process has become more complex, with more options available to engineers to shape the sound.

This has led to the rise of the mixing engineer as a dedicated profession. Bringing in an outsider at the mixing stage can give a fresh perspective on the song, and can help artists achieve the sound they’re truly looking for. The best mixers out there can turn a good track into a classic.

Unfortunately, many people don’t know the names of the people behind their favorite records although mixing engineers are responsible for giving the song its signature sound and making it sound the best it can.

Balancing making the song their own and ensuring the artists’ original vision is adhered to isn’t always easy, and the best mixers in the industry manage to walk that line while offering a distinctive sound which keeps them in demand. So…

Who are the world’s best mixing engineers? 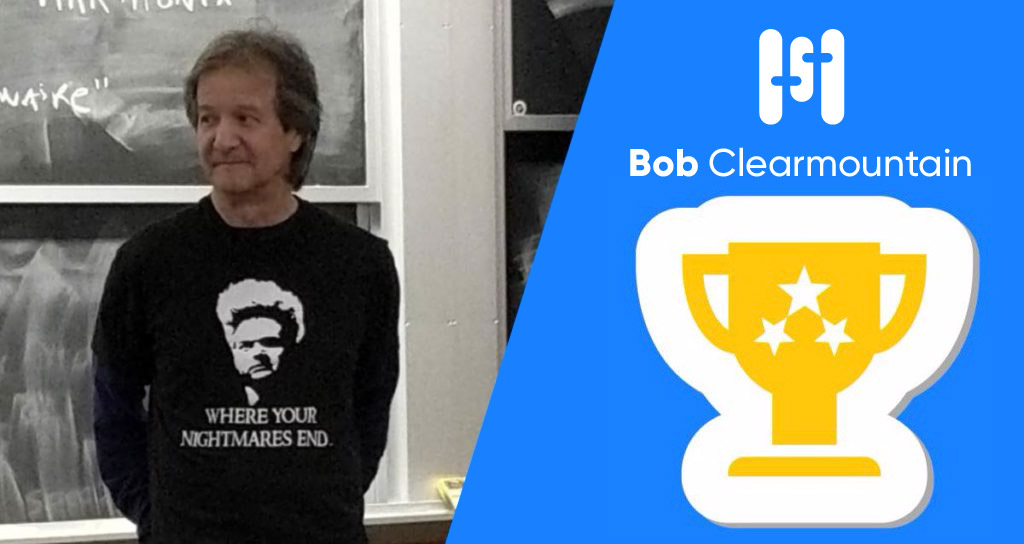 Bob Clearmountain is one of the most acclaimed mixers in the contemporary pop world. Interested in electronics from the time he was young, he took an interest in the recording process after his band recorded their demo at Media Sound Studio in New York. He is known for revolutionizing the industry and popularizing the notion of a mixing engineer being called on to salvage projects, or offer distinctive improvements. He is also famous for being the first mixing engineer to negotiate a royalty for his work. Despite taking advantage of advancements in digital technology, Bob still relies on his analog mixing deck, treating his Pro Tools software like a tape machine. The list of artists he has worked with is exhaustive, and reads like a who’s who of the industry. In addition, he has influenced an entire generation of mix engineers. 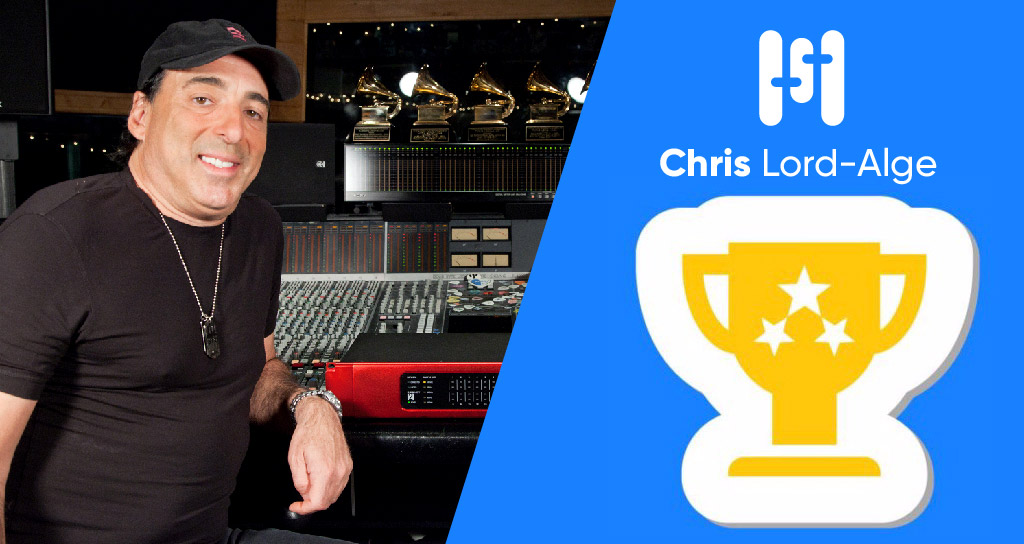 Chris Lord-Alge is an American mixing engineer who has 5 Grammys under his belt. His career took off while working for Unique Recording studios in the 1980s. There he performed mixing duties on such classics as the Rocky IV soundtrack, James Brown’s album Gravity (including his famous his “Living In America”), as well as artists such as Chaka Khan, Carly Simon, Tina Turner and the Rolling Stones. He is known for his abundant use of compression to control audio dynamics, giving songs a punchy and aggressive sound. This sound is why his work is in such high demand. While compression techniques have always existed as a functional tool, he is is known for pushing the boundaries and using it as a more creative enhancement. His signature style has become so well known that in 2010, Waves Audio released a series of audio plug ins based on his effects chains. 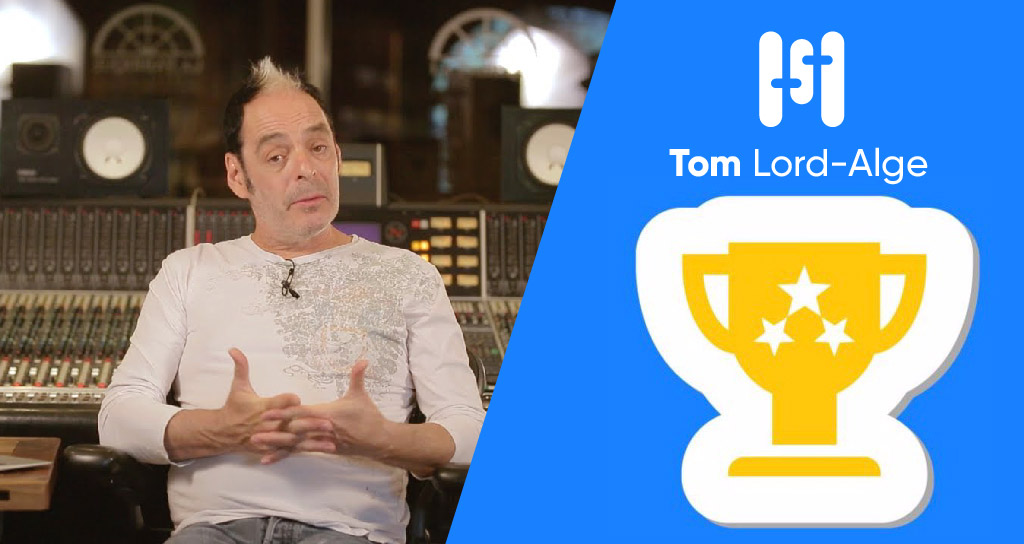 Tom Lord-Alge is the younger brother of Chris Lord-Alge, and began his career by working as Chris’s assistant at Unique Recording in NYC. His first high level audio engineering job was engineering Steve Winwood’s album Back To the High Life in 1986, earning him a Grammy award. While originally an engineer and then producer, he began to realize that mixing was where his heart was. Like his older brother Chris, he is known for extensive use of compression techniques, as well as mixing with analog gear. He is also known for his extensive collection of outboard compressors which impart their own signature sounds to whatever track they’re applied to, or the overall mix as a whole. 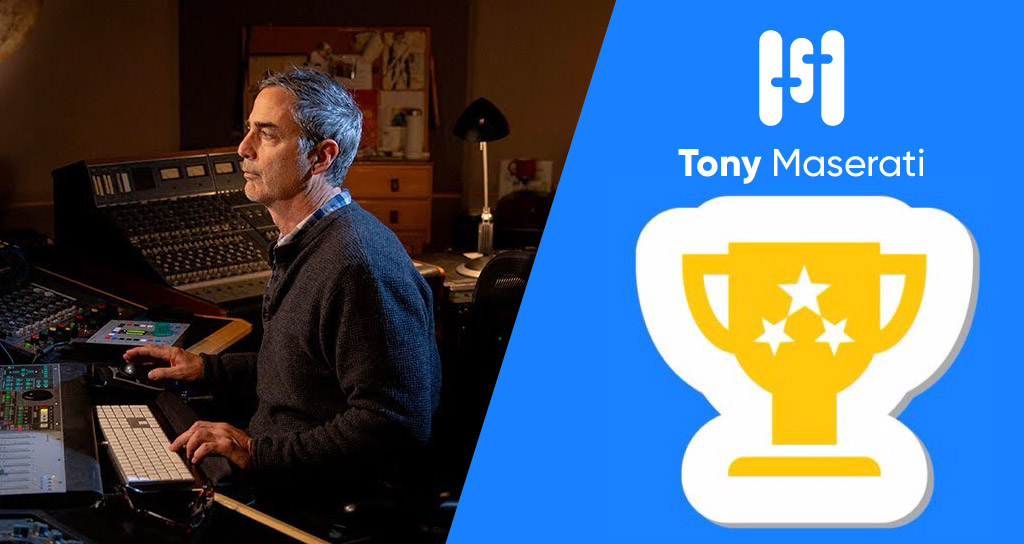 Tony Maserati is widely known in the industry for being partly responsible for the distinctive New York hip-hop and R&B sound. He worked at Sigma Sound Studios in New York at the beginning of his mixing career, before going fully independent in 1989. Over the course of his career he has been nominated for 10 Grammys, as well as winning one for working on Sérgio Mendes’s Timeless in 2006. He originally majored in composition at Berklee School of Music in the early 1980s, but switched his major to Music Production and Engineering in 1983 when it was first offered. Songs he has worked on have earned sales over the $100 million mark in total, and the list of artists who have worked with him goes on and on. While originally working on analog gear, he has since developed a hybrid analog-digital approach to use the best of both worlds. His signature sound is so in demand that computer plug-in developer Waves issues the “Tony Maserati Collection” processing bundle. 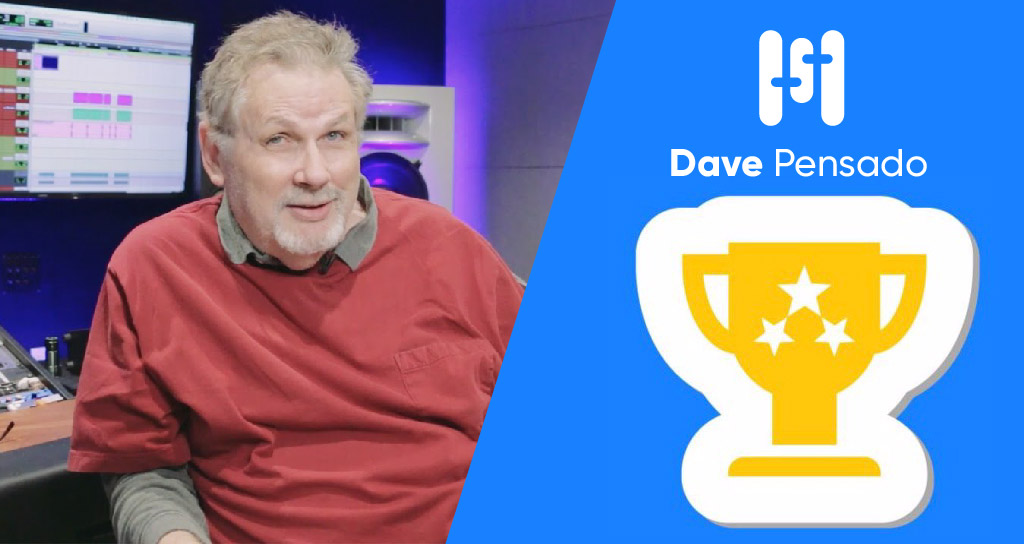 Having worked as a studio engineer in Atlanta in the 1970s and 1980s, he has been working out of LA since 1990, mixing between 200 to 250 songs a year for a wide variety of artists. He even hosts his own show about studio engineering techniques called “Pensado’s Place” where he interviews other mixers, artists and producers. He is known for mixes primarily “in the box,” which means he prefers to process audio within his computer instead of using a vast amount of analog outboard equipment. 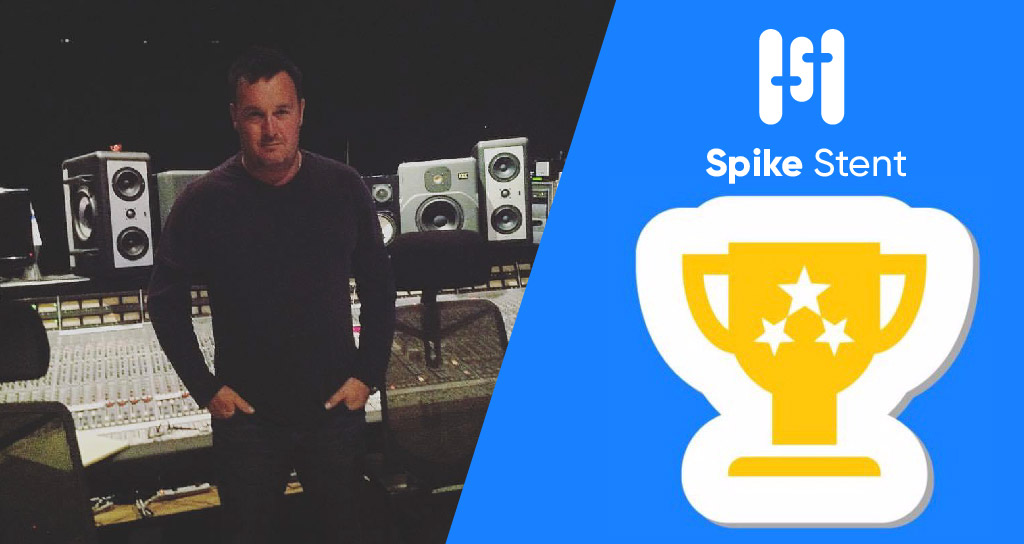 Mark “Spike” Stent grew up in Surrey, England, and got a job in nearby Jacobs Studios at the age of 16, performing odd jobs and learning all he could about engineering. After working for two years at Trident Studios, he went freelance at 22. His nickname “Spike” was earned while working with John Paul Jones, a reference to his hairstyle at the time. He really broke through working with the KLF and developed a talent for remixing singles. He is known for taking previously recorded material and giving it the secret ingredient it needs to truly shine. He sees his role as more creative, almost working as a post-producer at times. One of his trademarks is his focus on maintaining a sense of space in his mixes, where all the individual parts have their own space but work together as a whole. He now mixes in London with his own facility and his own staff. 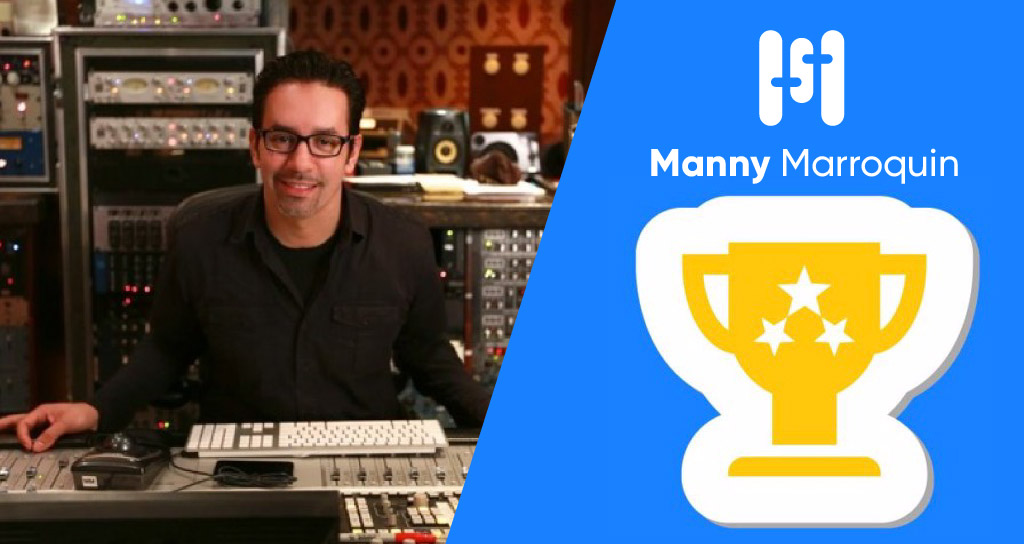 Born in Guatemala, Manny Marroquin is an eight time Grammy award winning audio engineer. He moved to LA at age nine, and having been interested in the studio process from a young age, became a runner at Enterprise Studios. He worked his way up the ladder until he specialized as a mixing engineer. He has worked with a huge number of high profile artists, mostly in the hip-hop and R&B genres. Like many modern mixers, he works with one foot in both the analog and digital worlds. However, he prefers to mix on his analog SSL console rather than working in the box, mainly for the depth and feel of the sound. For the past 10 years he has worked out of Larrabee Studios in LA and is the go to mixer for a wide variety of artists. 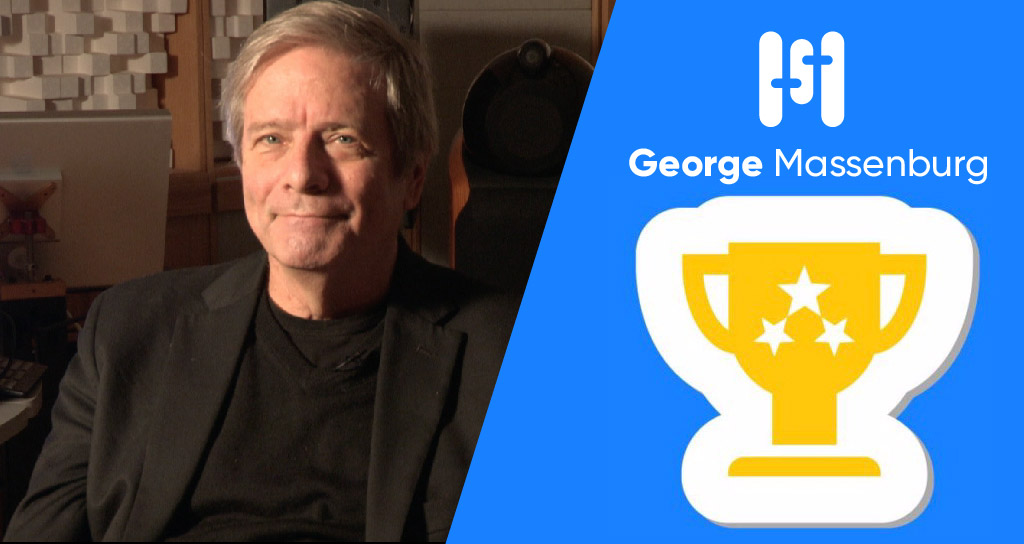 Born in Baltimore, Maryland, George Y. Massenburg is both a recording engineer and an inventor. In the past 45 years, Massenburg has worked on over four hundred albums. working with an incredible array of artists in various genres. He began working part time in both an electronics laboratory and a music studio at age 15. By his 20’s he became chief engineer at chief engineer at Europa Sonar Studios in Paris. In 1998, he was awarded the Grammy for Technical Achievement for his contributions to recording as both a science and art form over the course of his illustrious career. He also is renowned for the paper he submitted to the Audio Engineering Society in 1972 which concerned the use of parametric equalization in recording. He continues to be published in trade magazines and professional journals globally to this day. 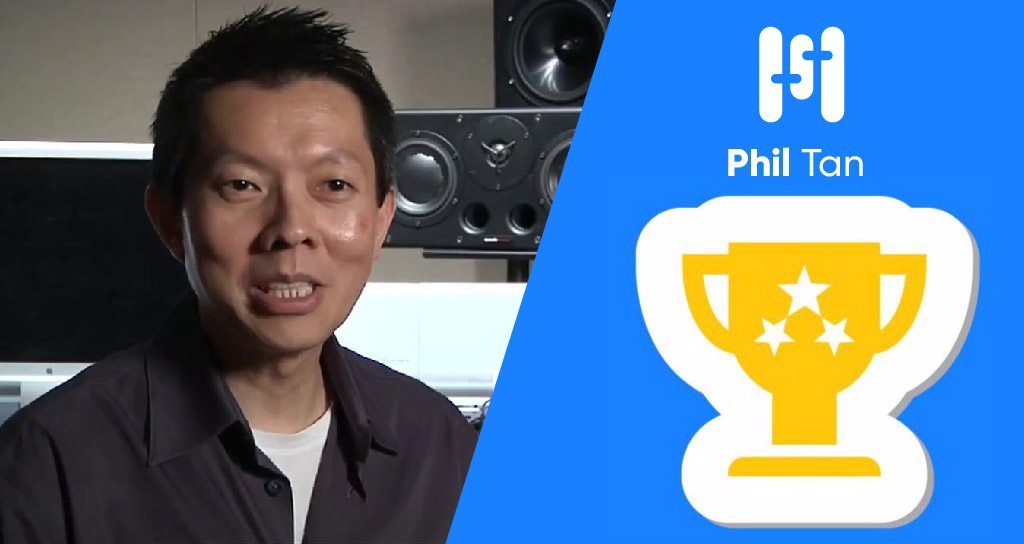 Phil Tan is a mixing engineer who was born in Malayasia, before attending Full Sail University in Florida and moving to Atlanta, Georgia. He has been referred to as “one of the most successful mixing engineers of all time” by Modern Mixing, and with good reason. He has worked on 26 singles that have reached the top spot in Billboard’s Hot 100, and sales of albums and singles where he is credited reach over $220 million dollars. He has worked on three Grammy award winning albums, including Mariah Carey’s The Emancipation of Mimi in 2005, Ludacris’ Release Therapy in 2006 and Rihanna’s Only Girl (In the World) in 2010. He typically does around 200 mixes a year, with a mix taking an average of a day and a half. he mixed on an SSL console for years until switching to Pro Tools HD to mix in the box. These days, to cope with his carpal tunnel he uses a Digidesign Icon control surface to get hands-on with the music. 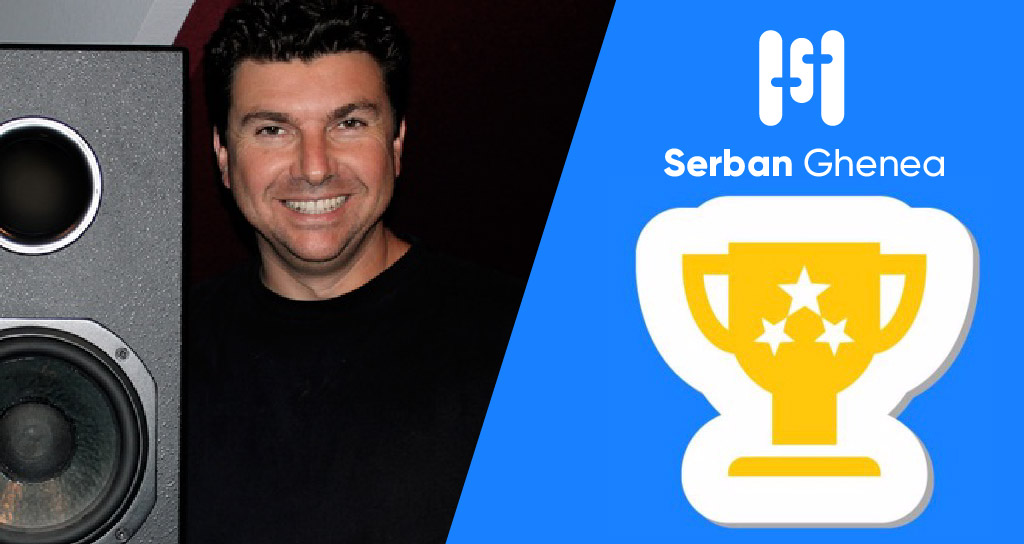 Though he tends to shy away from the spotlight, Serban Ghenea is an incredibly prolific and high profile mixing engineer. His first of sixteen Grammy wins (not counting his three Latin Grammy awards) was for Justin Timberlake’s Justified album. For years, he has worked exclusively in the box, ditching analog consoles for software. He has also been nominated for 6 TEC awards, winning one for Beck’s “Dreams” single. To date, Serban has mixed more than 169 singles and albums that have gotten to number 1. He gained recognition for his work on Mark Ronson’s “Uptown Funk,” which spent 14 weeks at the top spot on Billboard’s Hot 100. He is a firm believer in not imposing his own ideas on a track, trying not to have his own defined sound and instead helping artists create their own signature.

Please log in again. The login page will open in a new tab. After logging in you can close it and return to this page.